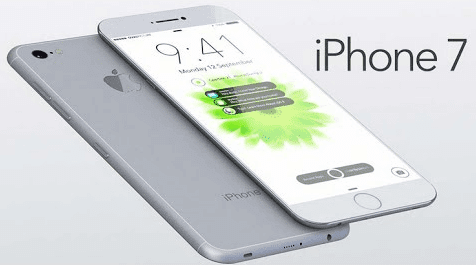 When people are waiting with bated breath for the release of iPhone 7, it falls upon us to serve them with the latest news and gossip on their favorite topic. Apple has been launching our favorite phones for 10 years now. This is time for the launch of iPhone 7. 2016 will bring the Apple fanatics their dream phone with a lot of new features. But instead of staying home speculating about the features, let us take a dive into the world of reality. A number of leaked reports and pictures give us a comprehensive view of the latest upcoming iPhone.

When we are speaking about an iPhone in 2016, it is taken for granted that it will be water-proof and will come with at least a protective shielding which will render it scratch-proof as well. Now the question comes to the screen dimensions and specifics. While there are not much reported changes to the dimensions of the phone, the screen will be edgeless just as seen in the Galaxy Edge models. The curved, edgeless display with higher pixel density will make Apple a strong contender in the high res display game. The ‘Home’ button will be capacitive for the first time, allowing a seamless extension of the capacitive touchscreen.

What will run iPhone 7?

Apple is launching its iOS 10 with the iPhone 7. The iOS 10 is the newest generation of operating software which will run the upcoming model. Proposed processor includes the A10 chipset. This is reportedly one of the fastest and smoothest operating chipsets in the world. Although not much in known about its exact speed. The iOS 10 and A10 can both support the newer versions of the Apple’s answering system or Siri, which we all agree could do with some improvements.

The leaked images further show that the iPhone 7 will feature a dual lens camera. This is not just an inspiration from LG but this is also going to be borrowed from LG. this kind of technology has already been seen in LG G5, which ensures better stability and better quality of pictures. In addition to that, there is the inclusion of a smart notification system in cooperation with the rear LED flash.

Good news is, Apple might just be rethinking their stance with the 3.5 mm headphone ports. Recent images show the inclusion of the ports, but the exclusion of any rear antenna. Some sources are also speaking about the inclusion of Smart Connectors which will allow your iPhone to universally connect to multiple devices including Bluetooth speakers, headsets, keyboards and much more.

It's Time to be Wooed

Anyway, it is time for a sneak peek at the hardware of the upcoming iPhone. This means it is time to be wooed. Now beside the A10 chipset and the iOS 10 there are quite a few surprised Apple may be packing this time. iPhone 7 will be launching with multiple internal memory variants ranging from 16 GB to 64 GB, if not more. The inclusion of MicroSD card ports is still not a certainty. This means, every iPhone has the potential to expand up to 128 GB upon the inclusion of an external memory card slot. Also, rumors are, one might just experience a dual SIM connectivity this time with the basic iPhone 7 models.

Get ready to experience the new generation of iPhones this September i.e. iPhone 8. If you are one of the Apple patrons then you might as well start checking your feed for the opening of the pre-booking sessions. But make sure, you are well loaded since the iPhone 7 will be priced north of $800 USD for sure!